The Moon Theatre Company will present “The Kitchen Witches,” a full-length comedy that joins two archrival cooking show hostesses on stage in the same TV show, yielding ratings that would put Martha Stewart and Jerry Springer both to shame. Written by Caroline Smith and directed by Don Kraus, insults rise higher than cake dough and a hilarious tale is whipped up in this savory show that is bound to please even the fussiest palate. 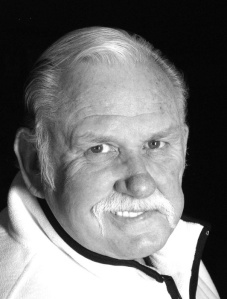 I’d never heard of this show. And I had no intention of directing it. After completing a lot of hard and demanding work on three films and three stage shows, my intention was to lounge around on my chubby patootie in my beautiful home and wait until spring sprang up graciously around me. Well … the best laid plans…

Moon Theatre approached me with the script and I loved it. It has just the right touch of insanity that makes for a great evening of theatre. We laughed straight through every rehearsal … and I know that God has a terrific sense of humor because we rehearsed this thing in a church, and no one was struck down by lightning!

The key to any directing task, in my opinion, is casting. And I somehow managed to find acting’s cream of the crop. But a great deal of credit for the success of this show has to go to Joan DeMuro, our Properties Queen. “I don’t like to do food shows,” she told us. “They’re messy and need a lot of preparation.” She’s right, and in the hands of a director like me, you can bet things can get pretty messy! Nevertheless, Gallant Joan tackled the task and helped enormously to craft this show into a real winner!

As with any production, there are a lot of people who put a lot of work into this show: Lesley Jones, Larry Westrum, Kathleen Gruman, Tess Cacke, Rick Padden and the ever-creative-ever-exploited Paul Jones, who created our set virtually out of nothing but spare parts. Thanks, Paul. And thanks to everyone who had a hand in this show. The next time I say I’m retiring for awhile, don’t pay any attention.

This is the third show Don Kraus has directed for The Moon Theatre Company … and probably the wildest. Don has been an actor-director-producer-writer for over thirty-five years and has performed alongside such notables as Sir Anthony Hopkins and James Garner. He appeared as Grandpa in Moon Theatre’s “You Can’ Take it With You,” in which he couldn’t remember any of his lines, so they gave him a role in “Dearly Departed,” in which he had no lines and promptly died on stage! Don grew up and studied his craft in New York, and has appeared in a host of regional productions with the Openstage, Bas Bleu, Encore and Moon Theatre companies since relocating to Colorado fifteen years ago. Don has also appeared in dozens of independent films throughout Colorado. He spends what little spare time he has with his lovely wife, Inge, two dogs (Doc and Bear) at their home in Loveland.