Kitchen Witches: The Cast and Crew.

The Moon Theatre Company will present “The Kitchen Witches,” a full-length comedy that joins two archrival cooking show hostesses on stage in the same TV show, yielding ratings that would put Martha Stewart and Jerry Springer both to shame. Written by Caroline Smith and directed by Don Kraus, insults rise higher than cake dough and a hilarious tale is whipped up in this savory show that is bound to please even the fussiest palate.

This is Pam Strahan’s (Izzy) third production with Moon Theatre Company. She was last seen as Penny in “You Can’t Take it With You.” Pam has performed throughout the northern Colorado region, and her favorite roles have included Rosemary in “Picnic,” Lenny in “Crimes of the Heart,” M’Lynn in “Steel Magnolias” and Lucille in “Cemetery Club.” Pam wants to thank her husband Rick for his endless support and enduring many nights home alone. “Thanks honey, you’re the best!” She would also like to thank the cast of “Kitchen Witches” for making this experience a blast! And thank you Don, for believing in me! Enjoy the show! 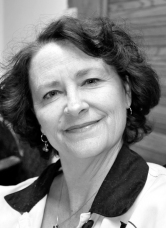 Julie Marino (Dolly Biddle) is awed and humbled to be a part of this phenomenal production and thrilled to be making her debut with Moon Theatre Company. Julie has been performing all her life up and down the Front Range. She has been seen onstage most recently as Ruth in “Blithe Spirit,” at California Actors Theatre, and as Helsa in “Musical Comedy Murders of 1940,” at the Longmont Theatre Company. Julie is an award winning actress, director and stage manager and has won state-wide recognition for her work. Unafraid of any job, she has schlepped sets, moved props, herded children and dressed numerous actors (and undressed them as well!).  Some of Julie’s favorite roles were Annie Sullivan in “The Miracle Worker,” Diana in “Lend Me A Tenor,” Ruth and Elvira in “Blithe Spirit” and Caroline in “Stay, Carl, Stay.” Julie would like to thank Pam Strahan for letting her know about this great opportunity, Don for having faith in her and the stellar cast for putting up with her! Enjoy the show!!

This is Daryl Branson’s (Stephen) first performance with the Moon Theater Company. He has acted in numerous productions in New Mexico, Colorado, and Wyoming, most recently as Brad Majors in a production of “The Rocky Horror Show” by Openstage Theater in Fort Collins. Previous roles include Steve Hubble in “A Streetcar Named Desire,” Jack Jerome in “Brighton Beach Memoires,” Leslie Arthur in “Love, Sex, and the IRS” and Will Dearth in “Dear Brutus,” among others. He was voted best male lead of the 2007-2008 season by patrons of Theater Ensemble Arts in Farmington, New Mexico, and was named Best Technical Support for the 2010-2011 season of Openstage. Daryl is very happy to be in “The Kitchen Witches,” his debut with The Moon Theater Company family, and he hopes the show makes you laugh, cry and hungry.

Tommie Brassell (Roberta) has done everything from stand-up comedy to melodrama in northern Colorado, and after a six-year hiatus is thrilled to regain the stage through the Moon Theatre Company and it’s production of “Kitchen Witches.” Her most recent Loveland appearnance was as Spike in “Inspecting Carol,” in which she had no lines. Now she has one line in “Kitchen Witches,” but easily makes her presence known on stage as Roberta, the camera operator.